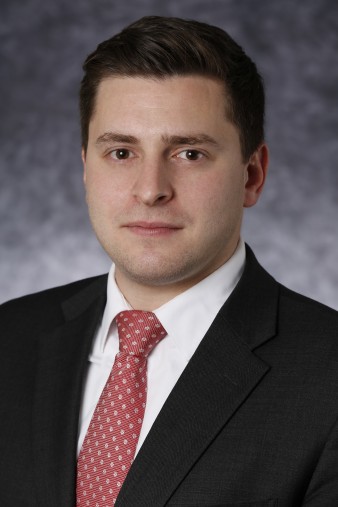 Mr. Adler is a 2010 graduate of the University of Texas at Austin. He subsequently graduated with honors from Tulane University Law School with a Certificate of Specialization in Maritime Law. During law school, Mr. Adler was a Member and Editor in Chief of the Tulane Maritime Law Journal, was a member of Tulane’s 2013 Judge John R. Brown Appellate Moot Court Competition team, and served as a judicial intern to the Honorable David R. Jones, Chief United States Bankruptcy Judge for the Southern District of Texas. A summer associate with Freehill Hogan & Mahar in 2013, Mr. Adler returned to join the firm as an associate following graduation.

Focusing on a broad range of maritime and commercial matters, both in litigation at the state and federal level (trial and appellate) and in arbitration (SMA and AAA/ICDR), Mr. Adler’s practice includes the defense of cargo loss and damage claims, collisions and casualties, marine pollution claims, charter party and bill of lading disputes, commodity sales contract disputes, and the exercise of provisional remedies, including arrest and attachment. Mr. Adler has also handled marine insurance coverage disputes and hull and machinery claims, and he devotes a significant percentage of his practice to the defense of personal injury and death claims brought under state law and under the Jones Act, Longshore and Harbor Workers’ Compensation Act (including § 905(b) claims), the Defense Base Act, and the War Hazards Compensation Act. To this end, Mr. Adler has both conducted and participated in inspections and investigations on vessels, marine terminals and other locations in personal injury and death matters, marine pollution events, allisions, and other land-based and marine incidents.

Since graduating from law school, Mr. Adler has also continued to maintain a relationship with Tulane, annually serving as a mentor to current Junior Members of the Maritime Law Journal. In 2017, he was appointed to serve as a member of the Journal’s Board of Advisory Editors. He has also been involved with planning for young lawyers at the biennial Tulane Admiralty Law Institute, where he has in the past served as a panelist and article author.