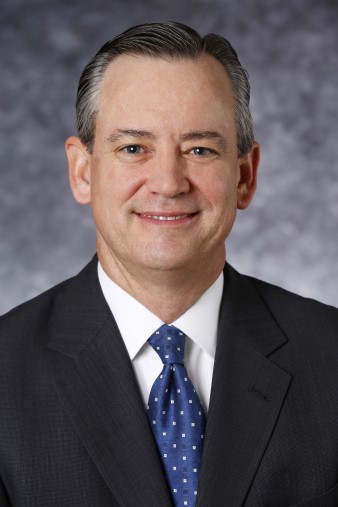 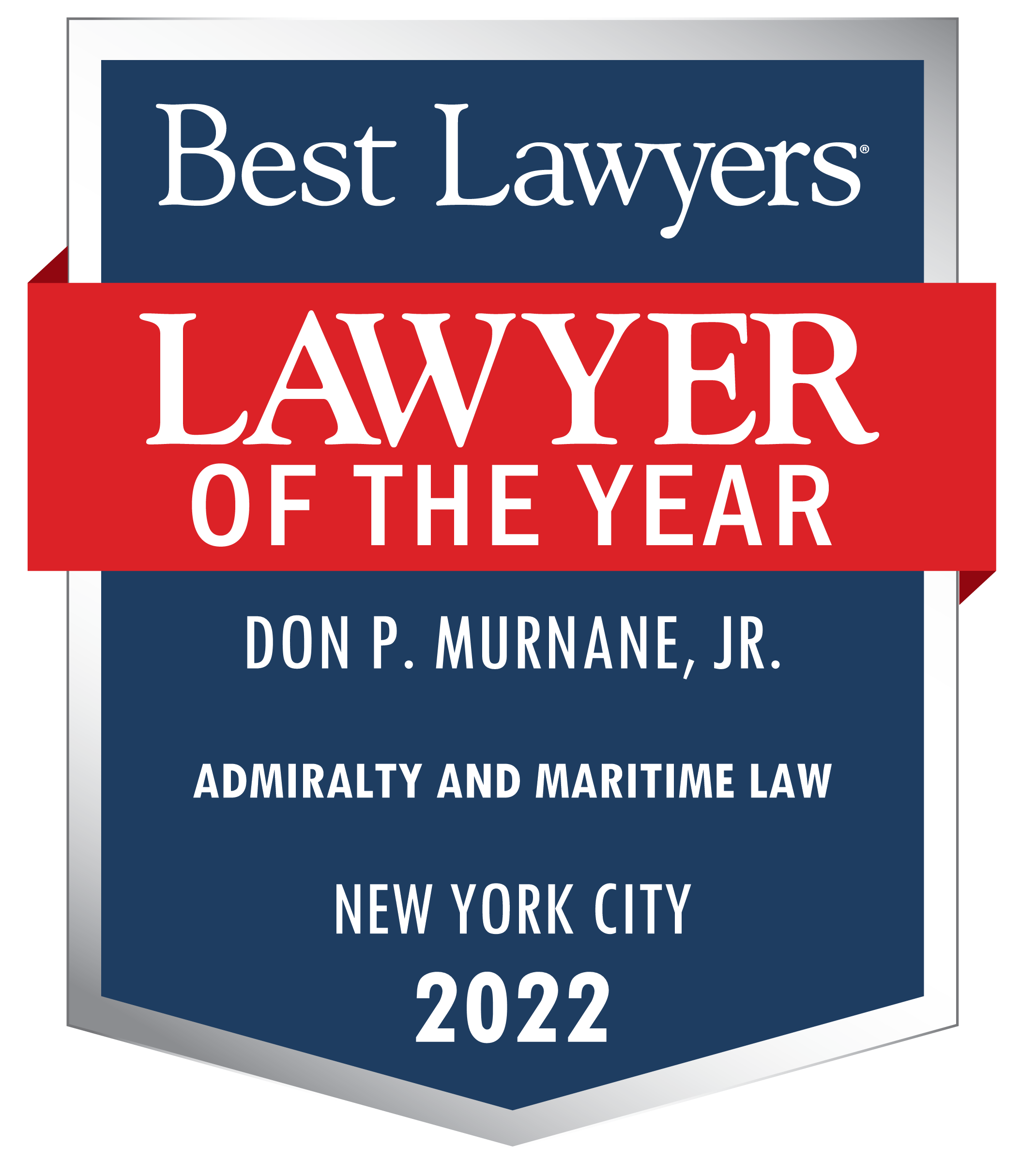 Mr. Murnane has more than 35 years’ experience handling a wide variety of domestic and international contract and tort maritime litigations and arbitrations. He was recently selected by his peers as the 2022 “Best Lawyers -Admiralty Lawyer of the Year” for New York. In 2019 The Euromoney Best of the Best Global Expert Guide ranked Mr. Murnane in the top thirty maritime and shipping lawyers worldwide. He is rated “AV Preeminent” by Martindale-Hubble and has been annually recognized for many years as a leading maritime attorney by The Best Lawyers in America Guide; Expert Guide Best of the Best USA; Chambers USA; New York Super Lawyers Magazine and The International Who’s Who of Shipping and Maritime Lawyers.

Mr. Murnane graduated with highest honors from the United States Merchant Marine Academy at Kings Point in 1982 where he ranked second in his graduating class. He earned his law degree at Georgetown University Law Center in Washington D.C. where he was on the Dean’s List and began practicing maritime law in 1986 (first with former Haight, Gardner Poor & Havens LLP in New York, and then joining FHM as a partner in 1997). Chambers USA named him “an expert litigator” described by his clients as “simply a great advocate”; “a practical attorney …sensitive to the client’s needs”; “really excellent: he does not waste time on tangential disputes and gets right to the heart of things”; a “fierce litigator” with a “calm, deliberative and bright” litigation style. A client told Best Lawyers: “Don Murnane is more than a safe pair of hands. You know you will get the best result for the deck of cards which you may have been dealt.”

Mr. Murnane has acted as lead counsel on disputes involving vessel and marine terminal casualties, international commercial fraud, time and voyage charters, terminal agreements and liner service contracts. His practice frequently involves issues of international conflicts of law including jurisdiction and forum disputes. Mr. Murnane is a leading expert on the investigation and litigation of sophisticated chemical product tanker disputes. He has represented one of the world’s largest chemical tanker owner-operators for more than 30 years. He also possesses expertise with perishable goods litigation and U.S. government contract disputes. For the last several years he has represented a major U.S. flag container vessel operator providing wartime intermodal transportation of U.S. military goods to and from Afghanistan and Iraq.
Mr. Murnane has testified in foreign litigation as a trial expert on U.S. maritime law and has served as an arbitrator including as tribunal chairman. He is the immediate past Chair of the U.S. Maritime Law Association’s Liaison Committee to the Society of Maritime Arbitrators, Inc., New York and currently the US Maritime Law Association Co-opted Delegate to BIMCO’s Documentary Committee. He has authored articles and lectured publicly and for clients in the U.S. and abroad on a range of maritime law, litigation and arbitration topics. Prior to becoming a lawyer, Mr. Murnane worked for a shipping company and sailed as a deck officer aboard various types of oceangoing ships and inland marine vessels in both foreign and domestic trade.

When not practicing law, Don enjoys training bird dogs and is an avid outdoorsman.